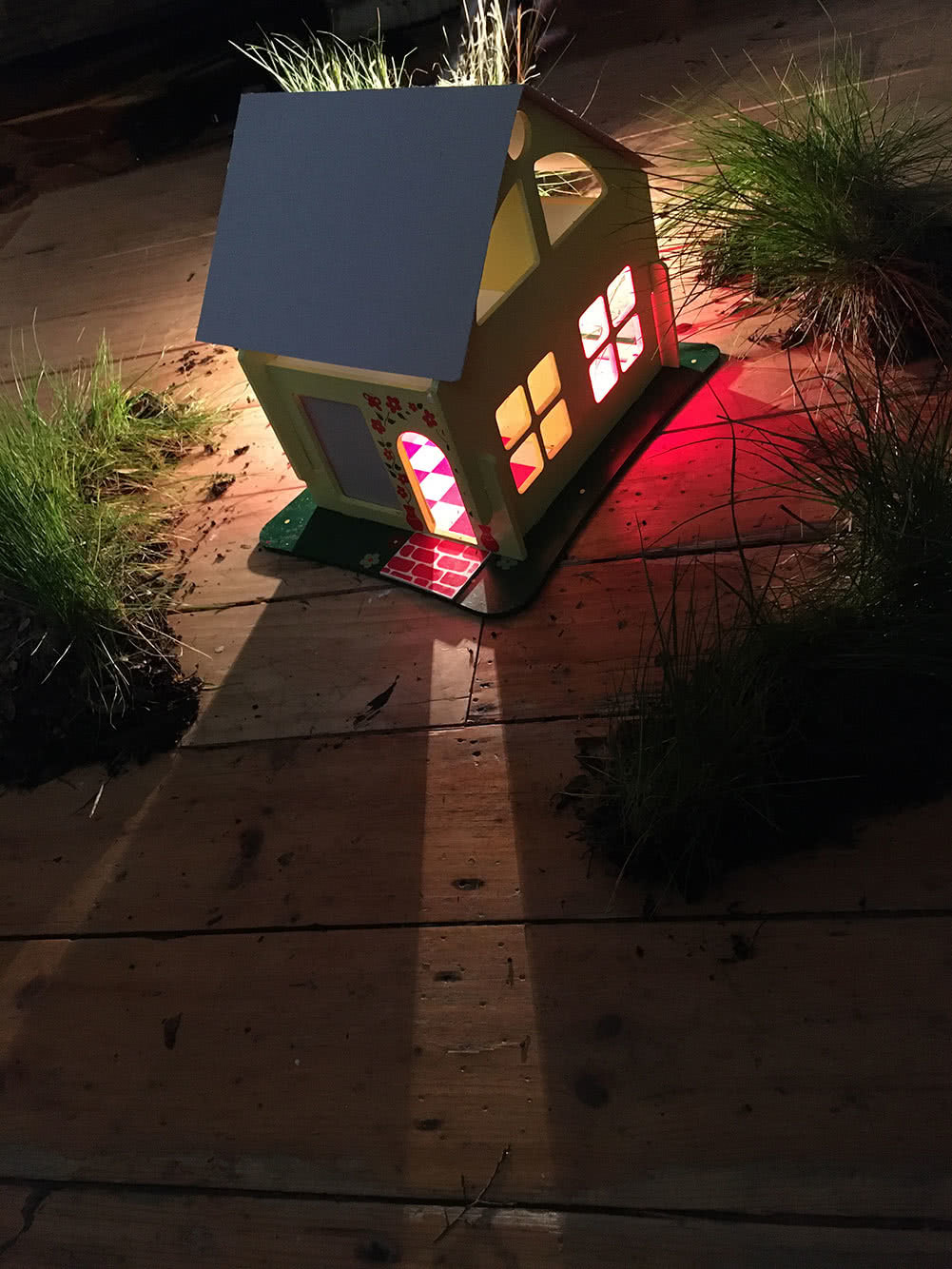 “I guess the friendly ghost cleaned it up” — my mum, about anything she had cleaned up Inspired by Chantal Akerman’s Jeanne Dielman, 23, quai du Commerce, 1080 Bruxelles, the kitchen and one bedroom of 46 Froggatt Street become life-size dioramas inhabited by the ghost of a woman. She drifts between rooms, occupied by habits she can’t shake. Are her domestic rituals quiet and pleasurable, or is she trapped for eternity in ceaseless, mind-numbing labour? Hitchcock and Laura Mulvey both think that watching women on film is as voyeuristic as peering through a window, but from Mary MacLane to Fleabag, women have a long cinematic history of looking back.

Hannah de Feyter is a musician, filmmaker, and curator who participated in You Are Here’s 2019 Cahoots program, where she began developing a site-specific video installation practice. Diorama is an extension of this work in development.

The blandest the air tastes in my apartment block is in the mornings when I leave for work. In the evenings when I return home, the smell of food – typically something pungent and spicy – perfumes the entry. The not-knowing, of the exact spice blend, renders every encounter crushing; a particular nostalgia for a food you cannot have, though are intimate with through a single sense. Peer in, here is an invitation to the Knowing Of a Mysterious Neighbourhood Meal: a deceptively easy recipe awaits.

Zhi is a Malaysian poet/artist based on unceded Ngunnawal, Ngunawal and Ngambri country. Her debut poetry collection, blur by the (2020), was a co-recipient of the 2019 Anne Elder Award and was shortlisted for the 2020 Mary Gilmore Award.

Plaster, brass, cotton, paraffin wax, glue. 60x30x30cm 2020 Nyx Mathews’ work explores anthropogenic environments and their impact on human beings. Her pieces are speculative, materially ambiguous, often experimental: unsteady, unwieldy, porous, hard to tactilely define. One material masquerades as another; leather echoes glass, plaster mimics skin. Mathews borrows freely from the familiar forms of a western, industrialised landscape. In small-to-medium scale three-dimensional works, she marries bodily and architectonic shapes in ways that question the artificial spaces, surfaces and objects we are encouraged to touch unthinkingly in our day-today lives. She seeks out the moments of tension, collaboration and interruption endemic to the relationships humans build with this made environment, and the objects of which it is comprised.

Nyx Mathews is an early-career sculptor working across multiple media. She has shown work in Sydney, Melbourne and Canberra.

For a time, we all had to stop moving. So where were our thoughts to go?

Minutes is an experimental work that reflects on time before and within the pandemic.  By revisiting a micro-film shot around this time last year with subjects Whigham and Wu, I wanted to build upon the question of one’s experience with time and purpose as the world around us changed.

How long can we sit in stasis? How much time has actually passed in these pandemic stricken months? Unable to continue on with life “as usual” this year, we look in on memories, moments, thinking about what once was, and what is now. Do we find comfort in the past? Do we only focus on the present? Do we even have room to think about the future? The experience of time changed this year, and we won’t know how long for.

Farnoush is an Iranian born filmmaker, editor, writer, and actor. Explorations in memory, isolation, loneliness and displacement often circulate throughout her work.

As a consequence of isolation, there’s a new awareness of possible unfoldings behind windows all around us. People talk about discoveries made during this time and how they hope some of the changes will last. For many there is ongoing loss and distress, also playing out within the home. In Norway, in an abandoned coal mine beneath the permafrost, is the Svalbard Global Seed Vault, accumulating and preserving a wealth of seeds in case of future crises, potentially viable for thousands of years. Also in Svalbard is the Arctic World Archive, storing vast quantities of open source code and cultural data on reels of film, made to last for hundreds of years. This work reflects on our desire to find what’s lost, keep what’s found, seek change and be in stillness.

Imogen Keen works as a professional stage designer, making sets, objects and costumes for live performance in Canberra since 2002.

I think it was my fascination with moving image mechanisms from the infancy of film, such as the thaumatrope, the zoetrope and the mutascope that guided me in the direction of stop-motion animation: I look at rotating devices with half an eye towards film. At the Lit Windows site my attention locked on the Hills Hoist in the garden: for me it was not so much washing line as phenakistoscope. Making a functioning phenakistoscope of that scale is quite impractical but the beauty of film is its capacity to create illusion.